Many people considered father to be charming, amusing, interesting, and kind, all of which he was.  Many women found him attractive and some of them became romantically involved with him, but only about two years after my mother died. I was pleased because these interactions appeared to elevate his mood.

One of the first serious relationships that I was aware of involved Dad and ‘M’, a former home help from Scandinavia, who had lived with us for at least two years back in the early 1960s. M lived in Scandinavia but visited Dad in London several times. Although I had liked her a great deal when she was looking after my sister and me, my opinion of her had muted considerably when I saw her again many years later whilst she was visiting Dad.

On one of her visits, my sister kindly drove Dad and M down to Brighton for the day. She said that the amorous couple sat in the rear of her Volkswagen ‘Beetle’ and hardly uttered a word either to each other or to my sister, who felt that she had become a chauffeur rather than a daughter.

Whenever I was staying at Dad’s home for the weekend, I used to hear him speaking to M on the ‘phone. I knew that he was talking to M because he spoke in a tone that differed from his normal one. One Sunday morning I was sitting in our living room after breakfast and could just about hear Dad speaking in this strange tone. When he had ended the call, Dad entered the living room, and said:

“You know, Adam, it’s always difficult breaking up with girlfriends.”

For a moment, I was lost for words. Then, I said:

“Well, Dad, I could not see that you and M had much in common.”

Walking towards the door, and pausing in the doorway, he turned to me and said: “That doesn’t matter. It’s chemistry, you know, Chemistry.” 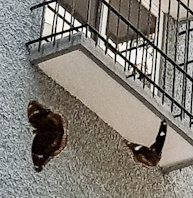 I met the lady who was later to become my wife on the first day of the undergraduate course that we were both studying at University of London. We were enrolled in the same department.

I lived at home with my parents, who were very sociable and hospitable. They were happy to host friends whom I had met at the university. My future wife was a frequent visitor to our home. Often when she arrived, she used to present my mother with special leaf tea from India, where her family lived. This tea was her mother’s favourite, Lopchu.

Lopchu is a district through which runs the very steep, winding road that connects Dargeeling in West Bengal with Rangpo on the border of Sikkim. Recently, we were driving up this road towards Darjeeling when we spotted a side road leading to the Lopchu Tea Estate. We asked our driver to drive us down what proved to be a narrow road with barely any undamaged surfaces. It was full of treacherous pot holes.

We drove past tea gardens that resembled many others we have seen. However, because of the special connections between Lopchu tea and our two late mothers, we were pleased to have made a special effort to see the source of the tea that might possibly have contributed at least a little bit towards the development of the relationship between me and my future spouse. 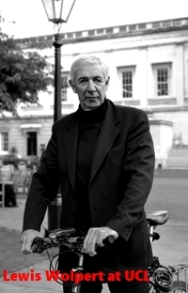 Cupid’s bow does its job

When our daughter was a little girl in junior school, the members of her class were asked to name the greatest Briton in history. She nominated Queen Victoria. Her choice was based on the following facts: her mother’s parents were born in India and my parents were born in South Africa. When Queen Victoria reigned, she argued, both countries were part of the British Empire. This, she felt, made it more likely that both her parents would study in England and meet. Without Victoria, she concluded, my wife Lopa and I might never have met, and she would not have existed. Well, maybe she was right. I believe that the reason we met was due to two men who gave us career’s advice: Professor Lewis Wolpert in London and Major General SL Bhatia in Bangalore.

As I approached the time when I had to choose a university undergraduate course, I had no idea which subject to select. I was interested in biology, physics, and chemistry, but had no interest in studying medicine, or even dentistry, which I studied many years later. Careers advice at my secondary school was not helpful.

My South African-born parents knew many South Africans living in London. One of these was my father’s close friend, the late Cyril Sofer, a sociologist. It was through the Sofer family that we met Lewis Wolpert, who was born in South Africa. First, he trained to become a civil engineer. By the time I first met him, he had become an eminent biologist, specialising in cell and developmental biology.

Wolpert, on learning that I was having difficulties choosing a course of study, kindly invited me to his office in Middlesex Hospital in central London. He spent about an hour with me, listening to what I had found interesting in the science subjects I had studied at school. Having heard me out, he suggested that I study physiology at university. This subject would, he thought, encompass all that interested me so far. He told me that the best places to study physiology were Cambridge and University College London (‘UCL’). Of these, he considered the physiology department at UCL to be the best. I was pleased to hear this.

About five years before meeting Wolpert, my father and I had visited UCL because a friend of the family, the art-historian Leopold Ettlinger, worked there. All that I can remember of this visit was walking across the lawns in UCL’s elegant Front Quadrangle and thinking how beautiful it seemed. So, when Lewis Wolpert suggested that I apply for admission to UCL, I was happy about that.

At about the time I was discussing my academic future with Wolpert in London, a young lady, my future wife Lopa, was discussing the same thing with another eminent scientist 5000 miles away in Bangalore. The scientist, Major General SL Bhatia (1891-1982), had known Lopa’s mother’s father from when he studied medicine in Bombay. The two medics became close friends. When Lopa’s mother Chandra was born, Bhatia became the equivalent of Chandra’s god-father.

Chandra’s father died young having succumbed to blood poisoning while treating one of his patients. His friend Bhatia had a glittering career in science, medicine and the Indian Army. It was during his retirement that Lopa met him at his beautiful old-fashioned bungalow in Bangalore. Bhatia had studied medicine not only in India but also at St Thomas’s Hospital in London during the second decade of the 20th century. While in London, he had conducted research with leading physiologists. Like Wolpert had done for me in London, Bhatia recommended that Lopa, who was not keen on studying medicine at that time, pursue a course of physiology at UCL, because he knew it to have a fine reputation in that subject.

One morning in October 1970, I arrived at the Physiology Department at UCL, having travelled from my home in north-west London. I was one of nine students who had been accepted for the course. Lopa was one of the others. She had travelled over 5000 miles to join the department. We were greeted by the department in the Starling Room, named after a famous physiologist who had worked at UCL. This common room is where I met the young lady who was eventually to marry me.

In the bar at the Bangalore Club

Our wedding reception in Bangalore was held in 1994 at the Bangalore Club, a prestigious ex-colonial institution in the heart of Bangalore. Although he could not attend, Major SL Bhatia was the first Indian President of that elite club. Before that, all the Presidents had been British. Bhatia’s widow was at the wedding. She claimed, not without some reason, that it was she and her late husband, who were responsible for getting Lopa and me together.

Just as our daughter is eternally grateful to Queen Victoria for bringing Lopa and me together, I am equally thankful to Professor Wolpert and Major General Bhatia for getting our paths to cross. I cannot acknowledge them for what was to follow; Cupid and his arrows are to be thanked for that.

In the second half of the 1990s, I worked in a dental practice in West London, not far from Ladbroke Grove. It was also not far from a home or shelter for mentally-compromised people. In those days,  patients with psychiatric problems mixed with the other people in the local community. Many of these people attended our practice as dental patients.

‘P’, one young man, a schizophrenic so he told me, was a regular patient of mine. Usually, treating him presented no problems other than those relating to the technical details of sorting out his dental problems.

One morning, P attended my surgery. He sat in the chair, which I then set to the reclining position. Lying down, he said to me, out of the blue and without any prompting:

“Mr Yamey, I have decided to become a homosexual.”

At a loss as to how to respond adequately, I said:

Then in a strong voice, P exclaimed:

“Thank you,” I responded lamely, adding: “Let’s get on with your treatment now”.

At that moment, my dental assistant, ‘Gemma’, walked into the surgery, ready to assist me with the treatment I was about to provide P. Within seconds, P began unzipping the fly on his trousers.

“Put that away immediately,” I ordered, “otherwise we will have to summon the Police.”

P followed my instruction and behaved perfectly normally throughout the rest of the treatment session.

When the appointment was over, P sat up from the reclining position, and placed a pile of low denomination coins on the armrest closest to me.

I thanked him, and then returned the coins, knowing that he could ill afford to waste money on me.