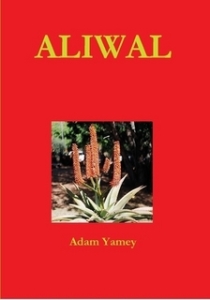 “ALIWAL” by Adam YAMEY is available on Amazon websites (Kindle and Paperback) & also on:

More information about this book on: http://adamyamey.com/page3.htm

Heinrich asked people for directions. Despite his careful study of Lewis’s textbook, he found it hard to make himself understood. Everyone spoke too fast, many seemed to swallow their words, and no one understood his pronunciation. The name ‘Rothschild’ baffled everyone he spoke to. Finally, a man wearing a tall, flat-topped, shiny black hat stopped, and explained:

“You are asking for ‘Rote-shilt’. That might be correct in your language. But, we say ‘Roths-child’ here, which I am sure you agree, sounds rather different. Now in answer your question, this is the route you … .”

Heinrich listened carefully and, having thanked his informant, began walking in the direction he had been shown, thinking that he really must master the curious language of the English as soon as possible. He knew that if he did not, living in Cape Town would be impossible.

Heinrich looked out of the window of the omnibus he’d been told to use and marvelled at the enormous dome of St Paul’s Cathedral as he rode past it. When he arrived at the bank in St Swithins Lane, a liveried doorman asked him his business. After a great deal of mental struggle, Heinrich eventually managed to concoct a reply in English. The doorman listened expressionlessly before saying:

Another liveried servant, impeccably attired in a green uniform with gold trimmings, led him along a series of thickly carpeted corridors to the correct office and knocked on its highly polished panelled door. When Heinrich entered, an elegantly dressed man stood up to greet him.

The bank official replied, in German:

“My name is Hirsch, young man. The English who expect us to master their language make little or no attempt to get their tongues around ours.”

After he had explained that he had been invited to Cape Town by Jonas Bergtheil, and what he wanted, Hirsch rang a brass bell, and said:

“I am well acquainted with that gentleman.”

A clerk entered and took, bowed to Heinrich, and left the room with his money in his white-gloved hands.

Whilst Heinrich awaited the clerk’s return, Hirsch discussed his forthcoming journey with him, saying:

“After you have finished here, I recommend that you make your way to Leadenhall Street, where you will find the office of Mister Ernest Gladstone. It is near to the EastIndiaCompanyBuilding. Gladstone speaks German, and is an agent for ships sailing to the CapeColony. Mention that I sent you.”

“It’s been a pleasure doing business with you, Herr Bergmann. On this occasion, the transaction was small. We look forward to helping you again when you return from the Cape having made your fortune.”

It would not have taken Heinrich long to get to Mr Gladstone’s offices had he not noticed a small queue of people waiting at the base of a Doric pillar that towered high above the surrounding buildings. He joined it, and then, having parted with six pence, ascended the column by means of a tightly wound spiral staircase inside it. Heinrich counted more than three hundred steps before he reached the balcony at the top, where the view that greeted him took his breath away. In one direction he could see the circular dome of St Paul’s rising above a forest of steep church spires that sprouted from a tangle of narrow winding streets along which people and vehicles crawled like ants and beetles. In another, he saw the River Thames snaking its way towards the horizon. As he surveyed the scene, he wondered if the boat that would be taking him to Africa was moored somewhere amongst the myriad of craft in the river far below him. The sound of the chorus of church bells striking the midday hour jolted him from his musings. He hurried down the staircase, and rushed along Gracechurch Street to Leadenhall Street where he entered a narrow fronted building.

After climbing several dingy flights of uneven, creaking stairs, he reached the third floor, and knocked on a door marked ‘E. Gladstone, Shipping Agent’. He was surprised to hear:

He entered, and saw a scrawny, bespectacled man in an ill-fitting, brown suit sitting behind a large, desk cluttered with piles of papers and an assortment of pens, inkwells, paper-knives, scissors, and blotters. A large mounted globe stood on the floor between the desk and the dirty windows that overlooked the busy street below. The man behind the desk said, in English:

“I am so sorry. I lapsed into German! I must have been day-dreaming!”

“You speak my language? So well, you can do this!”

“Well, it is my mother-tongue, and yours too if I am not mistaken. I am Ernest Gladstone, and who might you be?”

Heinrich replied in German, and Gladstone indicated that he should sit down, before asking in German:

“And what does Hirsch think that I can do for you?”

“I must reach Cape Town by August at the latest.”

Gladstone leapt out of his chair, darted over to the globe, and set it in motion. When it was spinning rapidly, he knelt down and stopped it suddenly by stabbing his forefinger against it. Heinrich noticed that the point at which Gladstone’s finger had landed was exactly at the Cape of Good Hope.

“You have two alternatives: sail or steam. The former is slower, but cheaper; the latter is faster but dearer!”

“What is the difference in price?”

“To travel steerage on a steamship, you would have to pay the same as you would to travel cabin class on a sailing boat. And, even if you could afford the steamship fare, there would be a difficulty. I know of no steamships that are leaving in time to allow you to reach your destination by August.”

Gladstone picked up some papers and examined them, before announcing:

“The Actaeon, bound for the Cape, sails from St Katharine’s Reach on the 12th of May. I will arrange your passage.”

After Gladstone had taken Heinrich’s fare, and examined the document that Bergtheil had had prepared for him to gain admittance in the Cape, he said:

“Come back here tomorrow morning … no, better, at noon, to collect your boarding papers.”

“Pardon me, but I am most interested to know how a fellow German speaker, such as you are, acquired such an English name?”

2 thoughts on “ALONE IN LONDON”