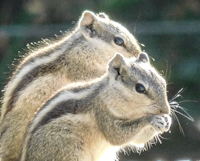 Better than only one

If you are a tiny squirrel?

Why do simple clouds

Seem so dull in London

Have you ever wondered how many photographs are being, or have been, taken on digital cameras?

Apparently, to date over 50 billion photos have been posted on Instagram, well over 250 billion on Facebook, about 30 to 40 million images PER DAY on Twitter (that is  at least 10,950,000,000 per year), over 175 billion on Pinterest.  On New Years Eve 2017,  Whatsapp users posted 13 billion images plus 5 billion videos. This adds up to a huge number of pictures. But, not everyone uploads their digital pictures and videos to social media, or at least not every picture they have taken. So, this means that in addition to those which are uploaded, many, many digital images are being created every microsecond.

If they are not shared via the internet, what happens to the galaxy of photos and videos being created? Some are briefly looked at and then deleted. Others are kept to show selected acquaintances. A few are used to illustrate books and articles and some are printed on photographic paper.

One of the joys of old-fashioned film photography was the excitement of waiting to see how your photos or videos looked after the film was developed. Digital photography reduces the delay between snapping and seeing the result from several hours to a week (as it used to be) to a very few seconds. Yet, even with this almost instantaneous result, there is excitement to see what the image looks like.

The ease of use of cameras installed in mobile ‘phones has resulted in the huge numbers of pictures and videos being made. The numbers of images taken already and those yet to be taken must surely reaching that impossible to reach number, namely infinity!

A progressive disease is one that keeps getting worse.

Waiters in restaurants used to confine themselves to serving food and drinks to customers.

With the advent of digital cameras and mobile telephones with built-in cameras, things have changed. Waiters need to become competent photographers, able to use any kind of image capturing device handed to them by customers seated around a table. Not only do these carriers of food need to be able to operate whatever camera is handed to them, but also they need to be good at composing photos, and many of them are.

When I first began practising dentistry back in 1982, dentists confined their activities in the surgery to dental matters. When I retired 35 years later, not only did we dentists still deal with dental matters but also with general lifestyle behavioural assessment and advice.

Like the waiters, our additional workload is rarely appreciated or adequately rewarded. 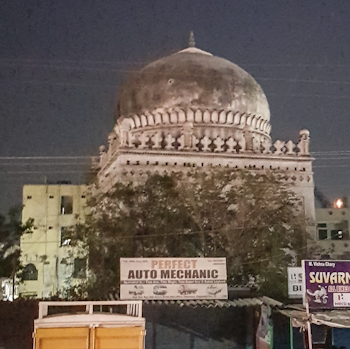 During the 1970s and ’80s, I used to take pictures on my film camera using colour slide (diapositive) film. To enjoy these, they were best projected onto a good quality screen

Setting up the projector was quite a nuisance. Finding an audience amongst my friends was not always easy and, if they were willing to watch my slideshows, keeping them awake was also often difficult.

Turning the clock forward to the present era of digital cameras and the internet, the situation has changed. First of all, pictures may be easily uploaded on to the internet. Secondly, the existence of social media websites allows a far larger potential audience for one’s photos than ever before. Pictures can be posted on websites which are viewed by those with special interests or on others, like Instagram and Facebook, which allow the non specialised viewers as well as experts to see the images.

A wonderful thing about uploading one’s photos is that there are opportunities for viewers to comment on the pictures. This, I find to be very valuable. Other people point out things that I had not noticed or understood. I like this.

Unlike slideshows of the past, audiences can enjoy as many or as few of the uploaded pictures as they want without having to look at numerous slides politely whilst dying of boredom!