The film “Saturday Night Fever”, starring John Travolta, was released at the end of 1977. It reached the UK in 1978, the year that I first spent a lengthy holiday in Belgrade, the capital of the former Yugoslavia. In this excerpt from my book “Scrabble with Slivovitz”, which is about Yugoslavia before its dismemberment in the 1990’s, I recalled some aspects of socialising in Belgrade. (The photos of Belgrade were taken in the late 1970s, early 1980s). 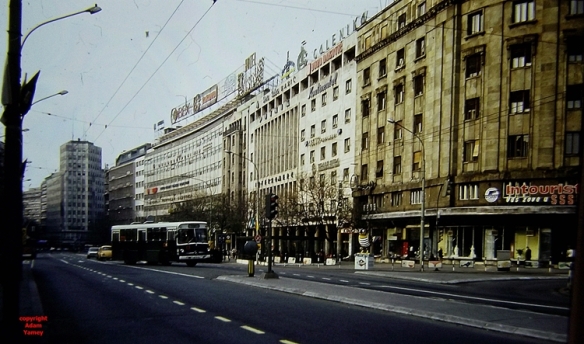 We spent every evening eating out in restaurants such as Vuk, Doboj, and Mornar, as well as visiting Mira’s friends. Her father was a diplomat, and many of her acquaintances were the children of members of the upper echelons of Yugoslav society. Almost all of them lived in spacious apartments, which made many middle-class British homes seem modest in comparison. My knowledge of the Serbo-Croatian language was almost non-existent during this first visit to Belgrade. Most of the people to whom I was introduced spoke English with varying degrees of competence; many of them were almost fluent. Naturally, most of the conversation was in their mother tongue. I listened quietly, imbibed the (often smoky) atmosphere, and sipped numerous glasses of almost neat vodka, which was my favourite alcoholic drink at that time.

We used to return to Strahinjića Bana late at night or in the early hours of the morning. We often encountered the workers who were hosing clean the main streets long after most people had gone to bed. Sometimes, in jest, they aimed their powerful jets of water at our feet and made us dart out of their reach. Once or twice, I remember waking up the morning after an evening of particularly heavy vodka consumption and noticing that the surface of the skin of my limbs and digits were slightly numb. I know now that temporary paraesthesia of the skin is a common after-effect of this particular drink and is the cause of many deaths in Russia. When someone ‘sozzled’ with vodka lies down in the snow, they are unable to feel its coldness because of this anaesthetic effect of the drink, and they are literally chilled to death. 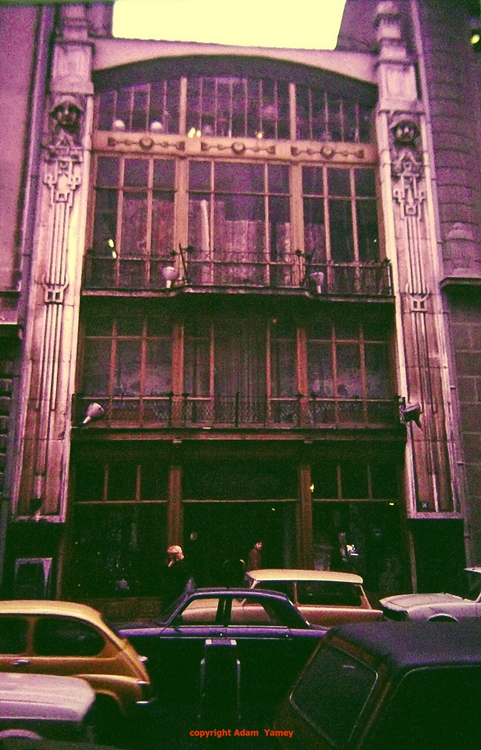 Just before setting off for my first stay in Belgrade, I accompanied one of my numerous cousins to the cinema in London in order to watch the recently released film “Saturday Night Fever”. It was not a film that I would have chosen to see. In those days I preferred intellectual arty films, many of which were screened at the now long since demolished Academy Cinemas in Oxford Street. However, to my surprise, I enjoyed it. In Belgrade, Mira asked me whether I minded seeing “Saturday Night Fever”. Her cousin Ana, who was much younger than mine in London, wanted to see it, and she was taking her with Peter. Out of politeness, I did not say that I had already seen it in London; I agreed to join them. The cinema was of a design that I had not seen before. The seats were not raked, but the screen was placed high enough so that no one sitting in a seat behind another would have his or her view blocked. I saw the film again, but this time with Serbo-Croatian subtitles. It was not dubbed. Had it been, it might have been an even more amusing experience.

Once when visiting friends in Budapest in Hungary many years later, I watched a Benny Hill show dubbed into Hungarian, which greatly improved its entertainment value.

After my first visit to Belgrade, I joined my parents in Greece for a driving holiday around the Peloponnese peninsula. Wherever we stopped, music from “Saturday Night Fever” was being played in the background. It was all the rage that summer. During our journey we stayed at a hotel in the southern town of Gytheion. The hotel’s restaurant had a gramophone, which was playing a rather slow, slightly mournful tune. Soon, I realised that it was a number from Saturday Night Fever. It was being played at the wrong speed, 33 rpm instead of 45! Nowadays, the film not only brings back happy memories of a trip to the Balkans …

Once upon a time in Yugoslavia

“Scrabble with Slivovitz” by Adam Yamey is available as a paperback or Kindle from Amazon. The paperback is also obtainable via lulu.com, Barnes & Noble,  and Bookdepository.com