“HISTORY IS BUNK”. So, said Henry Ford in 1916. Although he meant something different to what I understood by those words, I feel that they apply very well to the history lessons that I had to suffer at school until I was about 14 years old. It was not that I had no interest in history when I was a child but the way it was taught at the schools, which I attended, put me off studying the subject any longer than I needed. 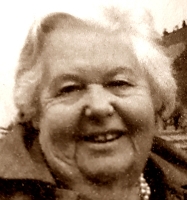 At the Hall School in Swiss Cottage, which I attended between the ages of 8 and 13, history was one of the subjects that had to be learnt in order to pass the Common Entrance examination that would admit me to a private secondary school. Each school year, we began British history with the arrival of the Romans in Britain and worked through the centuries until we reached the end of the 19th century. The emphasis was on chronology of events rather than what happened, and why it did, and, what were its consequences. We were being trained to answer idiotic examination questions such as:

To know their dates was important. To understand their roles in the history of Britain or elsewhere seemed irrelevant. You are probably beginning to get the idea of why history taught like this failed to capture my interest.

Something unpardonable about the teaching of history at the Hall was that although we had to learn the dates of important battles that the British fought overseas, we had no idea of their significance. It was like learning about a series of football or other sporting results. For example, it was long after leaving the school that I began to understand why our ‘team’ was sent abroad to fight Napoleon. It was not simply to notch up yet another British victory at, say, Waterloo, which is what I was led to believe at the Hall, but to combat a force that was invading most of Europe. The same is true of British victories in India and North America. It was vaguely satisfying to know that we had ‘scored’ well at Arcot, Plassey, and Quebec, but I was not aware that the reasons for these battles were ever explained to us.

Well, with the help of my mother, who spent many hours of my spare time cramming the historical facts into my head, I was successful at the Common Entrance examination and gained admission to Highgate School. As far as history was concerned, things did not improve at my new school. Our class was taught by the eminent historian AW Palmer, who eventually gave up teaching to devote his time to writing books on a variety of historical subjects, many of which I now find interesting. However, it was our fate to have to study the history of the USA. We had a textbook with an orange cover, whose title and author I have long forgotten. Neither this nor Mr Palmer managed to excite in me any interest in the undoubtedly exciting history of the USA. So, when we were given the choice of dropping either physics or history, I abandoned the latter. In my time at Highgate, history was alternative to physics, geography to chemistry, and Latin to woodwork. I chose chemistry and Latin in addition to physics.

When I was about 16, I used to walk from our family home to Finchley to visit my father’s colleague Kurt Klappholz and his wife Gwyneth. I was fond of them as well as their two children, one of whom was named after me. Gwyneth taught history at a local school and quickly realised that although I was not taking her subject at school, I was, in fact, quite interested in it. She recommended that I read a series of books written by the historian Alistair Horne. He wrote history in such a way that reading it was as enjoyable as reading a gripping novel. Everything he included in his narratives was reliably sourced. His books are both scholarly and engrossing. Through reading these books and discussions with Gwyneth, my interest in history grew and grew. I am eternally grateful to her for this.

If, God forbid, I should ever decide to study for another degree, I would head for a course in modern history. Far from being ‘bunk’, history is most important. As someone said to me recently:

“The future is a plant that grows in the soil of the past.”

And in the words of the philosopher George Santayana (1863-1952), who influenced Bertrand Russell among others:

“Those who cannot remember the past are condemned to repeat it.”

I hope that we can learn from the past (by studying history) and avoid repeating the mistakes, which were made then, in the future. But maybe, I am being a little bit over-optimistic. 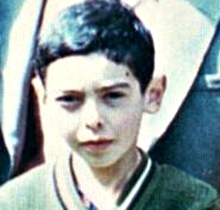 In the early 1960s, I attended a preparatory (‘prep’) school between Swiss Cottage and Belsize Park in north-west London. A prep school in the UK is a place that young children aged between 5 and 11 to 13 years study in order to pass examinations that will admit them to Public Schools, which, despite the name, are actually private schools.

At my prep school, The Hall School, we were made to sit in alphabetical order (by surname) in the classrooms. We were addressed by our surnames. I suppose arranging us alphabetically might have helped the teachers remember who was who.

My surname is Yamey, so I always sat in one corner of the classroom. There were often no other boys at my end of the alphabet, although occasionally I was in the same class as someone with the surname Yeoman or Zangwill.

Often, we had to learn poetry off by heart (by rote). We would then have to recite the poem in class. Invariably, the teachers began be asking the boy at the beginning of the alphabet to commence the recitations. Then, the other boys in the class took their turns, as the teacher worked his way down the surnames towards the end of the alphabet. Often the bell marking the end of our 45 minute lessons rang before the teacher reached my end of the alphabet and I was spared the embarrassment of having to try to recite a poem that I was never able to remember. I was hopeless at learning poetry, or anything else, by heart. I can only remember things if I can put them into some conceptual framework in my mind. Poetry did not seem to fit anywhere in my head!

What continues to surprise me is the lack of imagination of our teachers. Why did they always start asking us to recite by beginning with the pupil whose surname was at the beginning of the alphabet? Why did they not begin at Y or Z and work in the other direction?

Many years later, our 6 or 7 year old daughter attended a school in which students were asked to do things in alphabetical order of their surnames. Unlike me, she was always keen to take part in class activitues. So, one day she informed the school that she  her surname had been changed to one begining with D. That way, she was always asked to participate in class activities that were being done in accordance with the alphabetical order of the children’s surnames.

All went well until we received the termly bill for the school fees. It was addressed not to Dr and Mrs Yamey, but to Dr and Mrs D…. I told our daughter that as the bill was not addressed to us, I would not be able to honour it. Our daughter quickly agreed to change her surname back to Yamey.

To many readers the early 1960s must seem as remote today as the 1860s seemed to me when I was a young boy at school in the 1960s. Between 1960, when I was eight years old, and 1965 I attended a prestigious private preparatory (‘prep’) school near Hampstead in north-west London. For those who are unfamiliar with private schooling in Britain a prep school prepares children for examinations that allow them to gain admission to Public Schools (i.e. private secondary schools).

In British schools today, teachers get into big trouble if they so much as touch one of their pupils. Even an affectionate pat, let alone a punitive slap, can get a teacher into ‘hot water’ both with the parents and with the school authorities. This was not the case at my prep school in the first half of the 1960s. Let me tell you about three of my school teachers.

Mr Rotherham taught us Latin. He was a short, slightly plump man. His face was always bright red. It looked as if he was about to burst yet another blood vessel. He was not a man to mess with. If he thought that a pupil had done something wrong, even a small grammatical mistake, he would race up to the miscreant’s desk, and seize a bunch of the poor boy’s hair. Then tugging at the hair, Mr Rotherham would pull the boy off his chair and drag him around the class room, shouting abuse. This procedure was known as a ‘Rozzie haircut’.

Mr Bathurst, who I quite liked, taught us history. Every year, we would begin with the date that Julius Caesar first landed in England and would end at 1914. The aim of the history, which we were taught at prep school, was to drum into us a series of important dates. What actually happened on those dates and the significance of those occurrences was of no importance. It was important that we could arrange in chronological order a set of items such as for example: Archbishop Laud, Agincourt, The Corn Laws, Waterloo, Magna Carta, and The Armada. Their importance was unimportant. It is no wonder that it took me many years before I realised how exciting it is to study history. On the whole, Bathurst, or ‘Batty, as we referred to him out of his earshot, was a kindly fellow. However, if you annoyed him, there were two possible outcomes. He would have called you up to the front of the class and then gripped one of your ears before twisting it painfully. Alternatively, the victim of his wrath had to lay his palm on the desk in order that Batty could hit the ‘criminal’s’ fingers with the edge of a wooden ruler.

Mr P also taught Latin. His first name was Denzil. This was also our nickname for him. Denzil’s fingers were crooked, distorted perhaps by a joint disorder. His voice was very nasal. In the early 1960s, teachers were not forbidden from smoking in class. Denzil used to hold his chalk in a crooked finger of his right hand, and a lighted cigarette in a curved finger of his other hand. His handwriting on the blackboard was illegible.  Occasionally, he would show off, claiming that he was ambidextrous. He used to let go of the cigarette and replace it with a second piece of chalk, and then write on the blackboard with both hands at the same time. The result was terrible, even more illegible than when he wrote with only one hand. If someone annoyed Denzil, he would come up to the person, and sharp clip an ear with the knuckle of one of his twisted fingers. We called this short, sharp, painful blow the ‘Denzil blip’.

Well, none of this would be tolerated in today’s Britain, and quite rightly so. In the words of the former Prime Minister Harold Macmillan, let me tell today’s school kids that they: “… have never had it so good…”