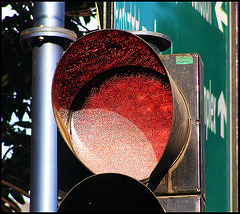 I must have been about eleven years old when the headmaster of my preparatory school, the Hall School in Hampstead, interviewed all of us individually in preparation for our applications to secondary school. When I had answered several questions using the word ja (pronounced ‘yah’), the headmaster said that it was wrong to say ja when I should be saying ‘yes’.

The reason that I said, and often still say, ja instead of yes is that my parents were born and brought up in South Africa where ja is often used to express the affirmative.

In my childhood, I heard my parents using words that form part of South African English. At table, I always wiped my hands and mouth with a serviette, rather than a ‘napkin’. And, when we relaxed we usually sat in the lounge, rather than in the ‘sitting room’ or ‘drawing room’.

If I wanted to see a film, my father would enquire at which bioscope it was being shown. And, if a light bulb needed changing, he would insert a new globe.

When we were in the car we used to stop at a robot, if the traffic light was showing a red light and then proceeed when it changed through amber to green.

By now, you can see that I was raised in England, but acquiring vocabulary that was only used many thousands of miles away below the Equator in South Africa. So, it was not surprising that I answered the headmaster with ja instead of ‘yes’. But, he probably had no idea about my parents’ background.

Many years after leaving home, I began visiting India and encountered another local English vocabulary. For example, when the car needs more fuel, you fill up at the petrol bunk. And, if you have baggage, you put it in the car’s (or bus’s) dickie, rather than the ‘boot’. And en-route you drive round a circle, rather than the ’roundabout’. When you board a train, you do not enter a carriage. Instead you board a bogie. If you want your coffee without sugar, do not say ‘without sugar’ but do ask for sugar less.  And, so it goes on…

English might well be one of the world’s most used languages, but it abounds with regional variations. American English is a prime example of this. As Oscar Wilde wrote:

“… we have really everything in common with America nowadays, except, of course, language“