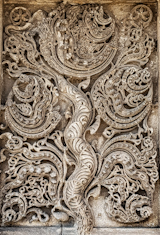 A LAZY MORNING IN AHMEDABAD was just what we needed after a long bus ride from Bhuj the day before. The seat I sat in was uncomfortable.

Our newspaper seller and her assistant were sitting in their usual place on the pavement next to the entrance of the somewhat precious luxury hotel, The House of MG. They sit surrounded by piles of newspapers, both current and out of date. When we are in Ahmedabad, which we have visited 6 or 7 times during the last two years, they reserve a copy of the Indian Express for us. When we go to collect it, they have to rummage around to find it amongst the seemingly disorganized pile of newspapers, new and old.

We set off towards the Khwaja Bazaar and the Teen Darwaza, heading towards the Jumma Masjid. Just before we reached the bazaar, we entered a rather run down café/restaurant, named ‘Irani Restaurant’. This was established in 1950 and does not seem to have been redecorated since. The wall of the long rectangular dining hall has several mirrors, all cracked. However, the marble topped tables and the enormous kitchen are sootlessly clean. In addition to hot food items, this place sells freshly baked bun maska. These soft white bread buns have a very slightly sweet taste; they resemble the French ‘brioche’. I had one of these and ordered chhaas (buttermilk). To my surprise and delight, this was served in a used Pepsi bottle.

We proceeded to the Teen Darwaza, a three arched 15th century gate that was built soon after Shah Ahmed founded Ahmedabad in about 1420. Standing amidst a sea of market stalls and noisy traffic, this venerable stone gateway has decorative features that can be found on Indian structures built long before the Moslems arrived in India. This is also true of many if the 15th century mosques built in the early days of the city’s existence.

The Jumma Masjid is enormous and of great beauty. Like other mosques built in the 15th century in Gujarat, this Masjid displays many decorative and architectural features that the Moslems have adopted from Hindu and Jain temples that were in existence prior to Islamic invasions of western India.

The Jumma Masjid has more than 15 large domes and many smaller ones. Like the domes in earlier Hindu and Jain temples, the larger domes rest on eight lintels arranged octagonally. The lintels rest on eight supporting pillars. The interior of the mosque contains a forest of over 250 stone pillars, the bases of which have been decorated with carved stone motifs typically found in Hindu and Jain temples. I do not know why the newly arrived Moslems borrowed so many features from the temples which they found (and sometimes demolished) when they arrived in western India. Maybe, they employed local Hindus or Jains to construct the mosques, but surely the conquerors would have had some say in how the mosques were designed.

We spotted several terracotta pots placed by the bases of some of the pillars. These, we were told, are for worshippers to expectorate into should they need to during the prayer sessions (namaaz). This saves people from spitting on the floor, which is so common outside of holy places in India.
The Jumma Masjid has five carved stone mihrab niches, all facing towards Mecca. Each of these is decorated differently, but each of them is topped with a carving of a lamp, a symbol of the holiness of Allah. The central of these five niches is made of white marble inlaid with coloured stones. It is disfigured by the presence of a modern electric fan, which we were told is used to cool the Imam during namaaz.

There are numerous window around the mosque. Each of these is decorated by decorative jali work (decorative perforated stone screens). No two windows are decorated with the same design.

The mosque lost its two minarets during the earthquak of 1819, which resulted in an inlet of the Arabian sea being transformed into an arid salt desert (the Rann of Kutch).

The outer walls of the Masjid that face a huge space enclosed by arched passageways have several stone carvings depicting trees. I imagine these are depictions of the Tree of Life, such as can be seen in the intricate jali work at the Sidi Sayeed mosque.

After a pleasant hour examining the Jumma Masjid, we wended our way through the increasingly busier bazaar back to the Irani Restaurant. I ordered more chhaas, which arrived in used Seven Up bottles. This watery dairy drink, flavoured with cumin and other spiced, made a good accompaniment to my plate of delicious dal fry (dal to which slow fried onions and spices are added at a late stage in its preparation).

By 130 pm, the temperature had risen above 27 degrees Celsius, and it was time to retreat to our air conditioned hotel room. But before that, I made a trip to a local ATM. As with other ATM places in India, all the customers waiting for machines give each other helpful advice, such as “press this” or “remove card” or “enter pin” or “do that”, on how to use the machines. Unlike in the UK, where using an ATM is a very personal affair, in India it appears to be a group activity.