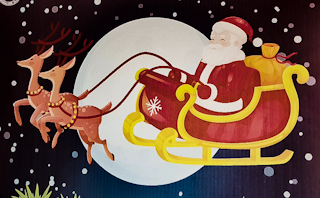 Until I was about fifteen, our family usually ate Christmas lunch at my aunt’s home with other relatives and friends. The centrepiece of the meal was often roast goose. My mother’s brother Felix used to try to entertain us youngsters with a story about Turkey Lurkey and his chums Goosey Loosey, Ducky Lucky, and Chicken Licken. He meant well, but his story, repeated annually, elicited groans from young and old alike.

One year, 1963, I was in Manhattan with my sister and parents on Christmas Day. That Christmas, I ate sirloin steak for lunch.

Many times during my late twenties and throughout my thirties, I spent Christmas in the English countryside with my PhD supervisor, his wife, and family. They served turkey for evening dinner on Christmas Day. They used to cook enormous birds capable of generously feeding twenty or more folk, yet there was never more than about ten or eleven of us around the festive table.

Everyone except me preferred white meat. One year, when I was asked my preference, I chose brown meat. My host cut off and then placed a whole turkey leg on my plate. It looked like an enormous club, such as might have been used by Fred Flintstone.

After 1994, I often spent Christmas in India. One Christmas Day, I fancied French onion soup rather than festive fare. A couple of years running, we ate Christmas lunch at Sunnies restaurant, which blazed the trail for fine dining with European food in Bangalore. The Christmas menu included the best turkeys I have ever eaten; they were juicy and very tasty. The turkeys at Sunnies were Butterballs specially imported from the USA.

Finally, I will tell you about an unusual Christmas Day ingredient, which I encountered at a place in Bangalore , which I will not name to save causing embarrassment. Several large roasted turkeys were being served at a buffet lunch. After I had enjoyed a serving of turkey, a friend of mine brought me his daughter’s plate, which contained a sizeable piece of uneaten Turkey meat and … a perfectly roasted large cockroach.

MERRY CHRISTMAS TO YOU ALL!