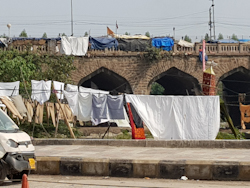 In sight of antique arch-es 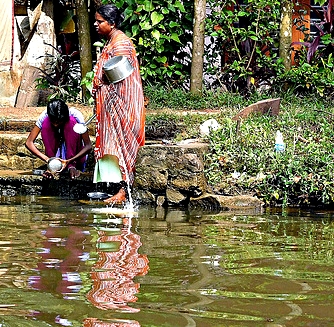 In water flowing past:

We have been staying in a medium priced, by no means cheap or low-budget, guest house at a popular place in the southwest of India.

For several mornings, there was no hot water coming from the taps in our bathroom. Usually, the problem was resolved after mentioning the it to the man looking after our guest house. We were paying an amount per night at which it was reasonable to be able to have hot water without first having to ask for it.

One morning, we asked a fellow guest, an Indian, whether there was hot water in his bathroom. He said that there was none. When we said to him that in accommodation of this calibre hot water should be available as a matter of routine, he said: “There must be a problem. These things happen occasionally.” After a few moments, he added: “What do you expect? This is India.”

His bland acceptance of low standards and feeling that these were to be expected of his country do little to move India forward in a positive way.