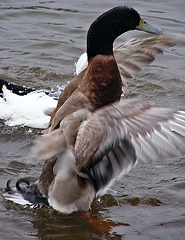 THERE WAS A LOVELY restaurant on the estuary of the River Medway in the 1980s. Once, I took a friend, ‘P’, to lunch there. We sat down, and a waitress brought us some slices of baguette. When the owner of the restaurant came to hand us the menus, P said:

“This bread is delicious.”

“We get it freshly baked from France every day.”

We were impressed. P ordered duck and I ordered something else.

As soon as the restaurant’s owner disappeared, the waitress reappeared. She came to our table and said in a low voice:

“Actually, the bread comes from Tesco in Chatham.”

We became less impressed by the owner.

Our food arrived. It was more than satisfactory. As we were finishing, the restaurant’s owner came to our table. He asked P in a manner that reminded me of John Cleese on “Fawlty Towers”:

“That’s good … we’ve had a few complaints about our duck today,” the owner said, wandering off nonchalantly. 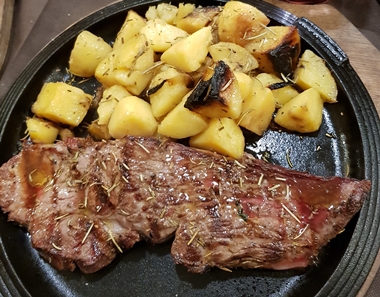 When I was much younger, my parents often took my sister and me to eat dinner in restaurants.

Before we looked at the menu, my late mother used to examine the plates and cutlery on our table. If there was a blemish on the cutlery or a crack or chip in the porcelain, the waiter would be summoned to replace the defective item(s). Often this delayed the arrival of any food. If we looked reproachfully at my mother, she would say:

“You can eat off cracked plates if you like, but I am not paying good money to eat off bad plates.”

She said this in such a way that meant that really there was no way that any of us could eat off damaged crockery, even if we wanted to.

As the years went by, I used to look at my plate and cutlery carefully as soon as we sat down. If I spotted a defect, I used to casually lay my hand on it so that my mother would not see it. I was always hungry before a meal and wanted to get on with it rather than having to wait for perfect eating utensils to be fetched. Once any defective cutlery/crockery was replaced, the meal could be ordered.

My mother was fond of beef steak. Rather unfashionably for London in the 1960s, she preferred her steak rare, almost what the French call ‘bleu’. This simple request was the real test for a restaurant. Frequently, the rare steak would arrive cold. My mother would then summon the waiter or maitre d’hote.

“Madame, I will ask the kitchen to heat it for you.”

The steak would then be returned, and my mother would begin cutting it. Soon the waiter would be called again.

“My steak is no longer rare; it is overcooked. Take it away and bring me another one cooked rare and warm.”

Any restaurant that could get this right without fuss, won my mother’s custom. She would then return there frequently.

Today, rare steak is the ‘in thing’. Most good chefs and discerning diners prefer the insides of steaks to be red, if not bloody.

Writing of steaks reminded me of Monty Modlyn (1921-94), a radio presenter and journalist. Occasionally he would speak on the early morning Today programme on the BBC Home Service (now ‘Radio 4’). He would report on steaks and other meat he had eaten. He had a metal ball that he would drop onto pieces of meat. The depth of the indentation made by the ball’s impact was his measure of the meat’s quality. It all sounded a bit mad to me when I listened to him when I was a young boy. Apparently, what he was doing was quite sound. The quality of raw meat can be judged by indenting it with a finger tip and then watching how quickly the indentation disappears. If the meat recovers quickly, then the quality is likely to be lower than if it recovers slowly.

I lived and practised dentistry in the Medway Towns (Chatham, Gillingham, and Rochester) for eleven years beginning in 1982. These towns in north Kent coalesce with each other to form a straggling urban belt along the right bank of the River Medway. When I lived in the area, there were many restaurants serving what was described as “Indian food”. Before reaching the area, Indian friends had helped me to appreciate what good Indian food should taste like. None of the many restaurants I tried in the Medway Towns ever provided Indian food that could be described as good. However, as there was not much else to do in the area when I first arrived there, before making friends locally, I sampled many of the eateries that served Indian food. 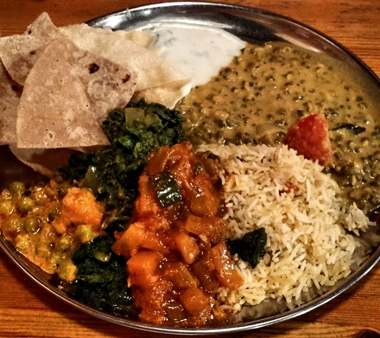 One autumn evening, I entered a small establishment in Gillingham. I was its only customer for the duration of my meal. The restaurant was literally freezing cold, unheated. It was so cold that I ate my meal without removing my fleece filled anorak. Before the food arrived, the waiter placed a candle-powered plate warmer in the middle of the table to keep my dishes warm and another one in front of me to keep my plate warm while I was eating. The items, which I ordered, had the names of Indian dishes that I had tasted before. Sadly, none of them had any taste at all.

In another Indian restaurant that I visited one evening, I was not the only customer. There was a couple at another table within earshot. While I was eating, I could listen to my neighbours’ conversation. I remember nothing of the food I ate, but I do recall one small snatch of the other customers’ chatting. One of them said:

“… well, of course, you know, Gillingham is the armpit of Kent…”

having recently moved to the town, I was not happy to hear that.

There was an Indian restaurant close to the synagogue in Rochester. This place was slightly superior to the other Indian eateries in the area. One evening, while I was eating there, I was intrigued by the music being played through the establishment’s speaker system. Although I knew nothing about it then, I now realise that they were playing a soundtrack from a Bollywood film. I asked the waiter about the music. He answered:

“It is Indian music”

“We borrow the records from the public library, sir.”

Some months later, on a cold winter’s evening, I visited the restaurant near the synagogue with a female cousin and a male friend. We ordered a large meal and were served by only one Asian (Indian or of another sub-continental origin) waiter throughout. We were the only diners that evening. No one else entered the restaurant, even for take-away food. At the end of the meal, my friend went to the toilet. My cousin and I put on our winter coats and waited for him by the entrance door. Within a few seconds of reaching the door, the waiter, who had been serving us all night, came up to us and said:

Either the waiter had not looked at us all evening, or all Europeans looked the same to him.

My late mother-in-law, an Indian living in Bangalore, made the best cucumber sandwiches that I have ever eaten. She used fresh slices of thin white bread with crusts removed. Each slice was spread with a small amount of butter mixed with freshly mixed English-style mustard. Then, finely sliced, peeled and de-seeded cucumber was inserted as the sandwich’s filling. The result was both delicate and refreshingly delicious. Having eaten these superb snacks on numerous occasions, I formed the idea in my head that India is THE place for cucumber sandwiches. This led to an amusing incident. 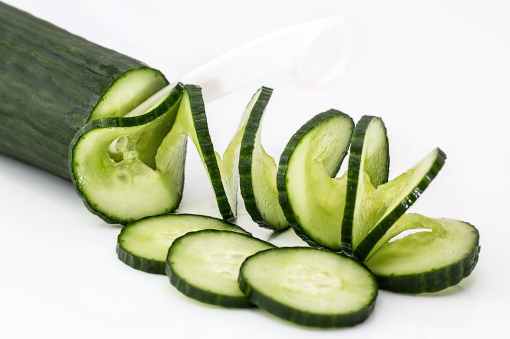 Photo by Pixabay on Pexels.com

Some friends of ours from England were spending a few days in Mysore, which is not far from Bangalore, where we were based. So, we decided to drive to Mysore to spend a day with them.

Our friends were staying in an old palace that had been tastefully converted into a hotel. After we had roamed around Mysore with them, they invited us to have afternoon tea in the lovely garden of the hotel. When we had sat down at a table, I said:

Everyone was happy to order a plate of these. When we asked the waiter for the sandwiches, he asked:

“You want vegetable sandwiches, with capsicum and all?”

“No, just cucumber sandwiches, no capsicums,” we replied.

Some minutes later, the waiter returned with A plate of sandwiches oozing with a bright red paste filling.

“Miner’s sauce? What on earth is that?” asked one of our friends.

After a minute or two, the penny dropped, and I said:

Now, many non-English people pronounce this word as ‘my-on-nays’, which is closer to ‘miner’s sauce’ than the English pronunciation.

“We don’t want that sauce,” one of our friends protested, “Only cucumber.”

“Let me show you what I mean,” said one of our friends, standing up and accompanying the waiter to the kitchen.

The waiter returned after a while with a very sub-standard collection of cucumber sandwiches.

Later my wife pointed out that just because her mother made excellent cucumber sandwiches, this was not necessarily the case all over India, as I had foolishly assumed.