MANY OF MY FRIENDS AND acquaintances are itching to travel abroad after at least three months of enduring ‘lockdown’ caused by the Corona virus pandemic. Although I fully understand their wanderlust, I would not feel happy travelling abroad for quite a long time despite the easing of restrictions that is on the point of happening in the UK and elsewhere. I am not even happy about travelling on public transport despite the enforcement of wearing face coverings and attempts at separating passengers by so-called ‘social distancing’. 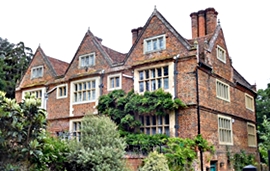 We used to own a car until it decided to give up the ghost in the autumn of 2010. Living in Kensington with access to a rich network of public transport and the fact that we used it no more than twice a month, we felt that replacing it was unnecessary. So, for almost ten years we used buses, trains, minicabs, the occasional rented car, and more recently Uber cars. With the advent of the Corona pandemic, we gave up using public transport and confined our activities to where we could reach comfortably on foot, in our case not much more than two and a half miles from home. As it seems likely that Britain will not be free of risk from infection until eventually there is a vaccine for the infective particles, and that might be a long way off, we decided to travel in ‘splendid isolation’ by buying ourselves a motor car. Recently, we bought a small ‘pre-loved’ motor, and this has allowed us to widen our horizons, to roam around a bit more.

My wife and I are amongst those who prefer to travel to foreign parts and have therefore largely neglected the wonders that are literally on our doorstep: the joys of Britain beyond the boundaries of Greater London. Over the years, it has always struck us how different London is from the rest of Britain. Leaving London and travelling beyond sometimes as exotic to us as crossing international borders.

One part of England that is on London’s doorstep but is completely different is East Anglia (the counties of Cambridgeshire, Suffolk, Essex, Lincolnshire, and Norfolk). Much of Essex contains the eastern spread of the metropolis and is not too attractive, but further away from London the county is full of pleasantly delightful surprises.

Recently, we drove to the tiny village of Tollesbury near the River Blackwater, one of the numerous inlets on the coast of Essex. Nearby, is the estuarine port of Maldon, made famous for its granular salt that is highly regarded by cooks. We spent a couple of hours sitting in Promenade Park next to one of the streams of the River Chelmer. Unlike popular beaches like Brighton and Bournemouth, Malden is enjoyed mainly by the town’s locals.  The small town, which is on a hill overlooking the river contains many old houses and a fine church containing the grave of President George Washington’s great-grandfather.

Another trip, which I have described elsewher, took us to Bury St Edmunds in Suffolk. From there, we visited the Suffolk village of Clare. Dominated by the ruins of a castle and the superb perpendicular style Church of St Peter and St Paul’s, and containing several old pubs and other buildings, this small place was once important in the wool industry. Clare College in Cambridge (founded 1326) was so named in honour of Elizabeth de Clare (1295-1360), an heiress of the Dukes of Clare. She gave the college a handsome endowment. The three red chevrons on the town of Clare’s coat of arms also appear as part of the coat of arms of the Cambridge college. We spent no more than half an hour in Clare, but that was sufficient for us to want to linger there longer on a future visit.   Our route back to London took us through other picturesque villages in Suffolk and Essex, all of which deserve future visits.

Shortly after our trip to Suffolk, we travelled a mere eighteen miles to Hatfield. Our friends took us from that small town deep into the Hertfordshire countryside to a tiny place where Waterend Lane crosses the upper reaches of the River Lea. We parked next to a lovely well-preserved mainly brick building, Waterend House. The historicengland.org.uk website describes it as: “An exceptionally complete example of a mid-C17 medium-sized country house”, and states that one of the fireplaces within it bears an inscription with the date 1692. I would have loved to visit its interior. Instead, we walked around the almost one-mile perimeter of a huge sloping field.

The field and its surroundings were a ‘breath of fresh air’. The upper part of the field was filled with ripening barley, which swayed like waves when the stems were caught by frequent strong gusts of wind. We walked up a steep slope and turned a corner to join the bed of a long since disused railway track. Near the corner of the field an old brick bridge still exists. Long ago, trains used to run below it. While our hosts’ two dogs sniffed their way around the field, M and G pointed out the various wild plants that flanked our path.

The lower half of the field was a sea of daisies. It looked as if the ground was covered with snow. The daisies were not alone. Small patches of blue flowered thistles and red poppies added to the picturesqueness of the scene. Every now and then, we spotted teazels, both green and fresh and, also, dark and drying out, towering high above the daisies. Along the side of the field that runs parallel to the riverbank, there were elderberries and elderflowers as well as many nettles. M pointed out something I had never noticed before. That is, the leaves of nettles are home to numerous ladybirds. In addition to the large numbers of these creatures I spotted many other small beetles, some of which resembled the ladybirds.

I felt that walking around the field, seeing the swaying crops and taking in the details of nature proved very uplifting and therapeutic after our spell of urban ‘lockdown’. It made me pleased that we had taken the decision to buy our own vehicle to explore the countryside on London’s doorstep, and eventually further afield. England outside London feels like ‘another country’ and is well worth exploring. And, in these times of health uncertainties, it provides a worthwhile alternative to the exotic destinations that we have chosen to visit in the past.