My late and much-loved mother was very protective of her two children. She saw dangers everywhere. We were not allowed to go near to electric wall sockets just in case we got an electric shock. Intelligent as she was, I have the feeling that she believed that electricity flowed out of the holes in the socket like water from a tap. 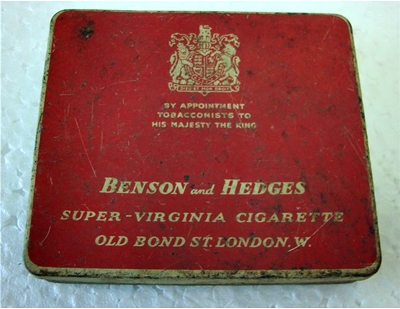 During my childhood, my aunt and uncle used to smoke Benson and Hedges cigaretess that were supplied in nice small hinged metal boxes, which when empty were very useful for storing small objects. When one day I was given one of these boxes, empty, my mother confiscated it immediately. She was concerned that I might cut my fingers on the sharp edges of the box.

As for matches, much caution was needed here. Despite the fact that her grandfather had owned a factory that manufactured safety matches, even safety matches were deemed unsafe by my mother. Therefore, we were forbidden to handle boxes of  (even safety) matches just in case they should spontaneously ignite in our hands or packets. I am sure her intentions were well meant, but sometimes they went a bit too far. This excerpt from my book “Charlie Chaplin Waved to Me” (he did!) shows how her anxiety sabotaged what promised to be a wonderful hiking trip:

“The four of us (aged 17) embarked on a second youth hostelling trip the following Easter. Once again, we took a train to South Wales, and made our way up to our first hostel, which was located at Capel y Ffin in the Black Mountains near to the English border. We spent the night there, and awoke to discover that snow had begun to fall.

I had been instructed that I had to telephone home every morning to ensure that my mother knew that I was still alive. I rang from the hostel’s public telephone and my mother answered. She had heard on the radio weather forecast that there was snow in Wales, and asked meabout it. When I said that it had begun falling where we were, she ordered that we return to London immediately. Believe me, this was not an order that could be discussed. My mother, anticipating that we would surely be lost like Scott of the Antarctic in an avalanche or in freezing snow drifts, had to have us back as soon as possible. I broke the news to my 3 friends, who were furious. For about an hour they kept offering me reasons that I should give my mother in order to try to change her mind about our premature return. Eventually, they gave up. We all knew that none of these would work. And, because, I imagine, they feared my mother, we set off back to London. I have never been allowed to forget this fiasco. Even Hugh’s mother, now in her eighties, often recalls her amazement when she learnt how my mother had successfully wrecked our trip.“

“Charlie Chaplin Waved to Me” is available by clicking: HERE