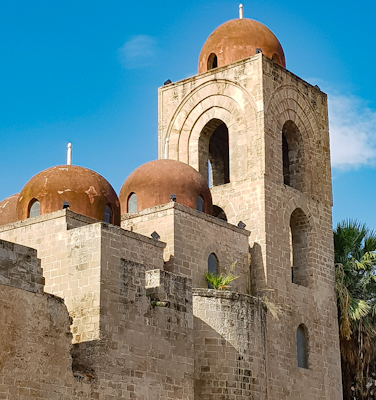 The Normans took over Sicily from its Arab rulers. The early mediaeval church architecture adopted by the Norman builders shows the influence of Arab design.

In Gujarat (India), the Muslim invaders began building mosques in the style of local Hindu temples, just as the Normans built in the way that they found when they arrived in Sicily.