As a youngster, I had problems at high altitudes. These first became manifest during the early 1960s when my parents took me on a driving holiday through France to Switzerland. We were driving up a mountain pass – I cannot remember which – and I felt extremely unwell. My parents attributed my (temporary) malady to the high altitude we had reached. 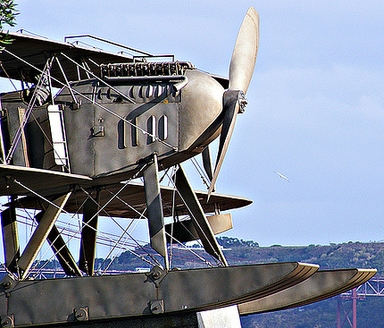 Some time later, in the late 1960s, we flew from Athens to Iraklion in Crete. We boarded a propeller driven aircraft at Athens Airport. I had forebodings from the moment the ‘plane began to move. Before taking off, the ‘plane made an excessively long trip around the airport. On our way, we passed several disastrous looking aeroplanes. Some of them were burnt out, and others looked as if they had been involved in collisions. Seeing these did nothing to assuage the fear of flying that I used to have.

Eventually, we became airborne. I was seated next to a chain smoker, who produced a persistent cloud of smoke, and my mother. From the moment we rose above Athens to a few minutes before we landed in Iraklion, the aircraft was shaken horribly by turbulence. After a few minutes in the air I felt tingling in my fingertips. Naively, I thought that this was something to do with my neighbour’s cigarettes.

Suddenly, I felt a plastic mask being placed over my face. My mother had noticed that my skin was becoming blue. She had called the stewardess, who immediately supplied me with oxygen from a portable cylinder. I wore this for the rest of the uncomfortable flight. All of us felt dreadful when we landed in Crete. It took us a day to get over the flight. My parents made sure that our return flight was booked on a jet rather than a prop ‘plane. The newer jet-propelled aircraft had better cabin pressurisation, and the problem, which I had on the outward-bound journey, was not repeated.

Since those long off days, I have never suffered from high altitude problems. I have crossed alpine passes without illness, and Bangalore in India, which I visit often, is almost a thousand metres above sea-level. Although I have studied physiology, I have no real idea why as I grew older high altitudes affected me less. As I write this, I wonder whether when I was a young boy, I had a mild anaemia, which only manifested itself when suddenly reaching a higher altitude. Who knows?