A ROW OF HOUSEBOATS is moored alongside the bank of the River Thames that runs past Cheyne Walk in London’s Chelsea. The floating dwellings are faced by Lindsey House, one of the oldest buildings in the Royal Borough of Kensington and Chelsea. Built in 1674 by Robert Bertie, 3rd Earl of Lindsey (1630-1701) on land that was once part of Thomas More’s riverside garden, it was remodelled by Count Nicolaus Zinzendorf (1700-1760) for London’s Moravian community in 1750. Five years later, the edifice was divided into separate dwellings. Today, they are numbered 96 to 101 Cheyne Walk. The American artist James McNeill Whistler (1834-1903) lived in number 96, and the engineers Sir Marc Isambard Brunel (1769-1849) and his son Isambard Kingdom Brunel (1806-1859) lived in number 98. My friends Kit and Sheridan lived in a ground floor flat in number 100.

I first met Kit and Sheridan during one of our annual family holidays to Venice. Kit, who was a colleague of my father at the London School of Economics, and her husband Sheridan used to stay in the Pensione Seguso that was next door to the Pensione La Calcina, where John Ruskin (1819-1900) once stayed, and we always stayed in Venice. During one of our holidays when we stopped on the Fondamente Zattere to talk with Kit and Sheridan in Venice, they asked me whether I liked classical music. When I told them that I did, they said that they would invite me to their musical evenings held some Saturdays in their home. I attended quite a few of these during the second half of the 1960s.

On arrival at 100 Cheyne Walk, Kit used to welcome the guests by offering us coloured sugar-coated almonds, which she described as ‘stones of Venice’, an illusion to Ruskin’s book about Venice (“The Stones of Venice”), where the almonds had been purchased. After discarding coats, all of the guests, twenty to thirty in number, had to find somewhere to sit in the large, low-ceilinged living room. I was always directed by Kit to the same seat. She used to want me to sit next to the telephone. She always told me:

“If it rings during the music, dear, lift the receiver and say: ‘Sorry, we are having a party. Please ring again tomorrow’”

It never did ring, but I used to sit nervously in anticipation of having to perform my important duty.

Sheridan was a fine ‘cellist, who knew many professional musicians, all of them quite famous. He used to invite several musicians, anything from two to four, to perform a couple of chamber works with him. Kit knew what was to be performed at each soirée, but the invited musicians were not told until they arrived (at the same time as the audience). Without prior rehearsal, Kit and his musical guests performed chamber works, often by Brahms and Beethoven, beautifully and, except for Sheridan, from ‘scratch’. The acoustics of the 17th (or 18th) century living room were perfect for the music performed. These wonderful evenings engendered my enduring love of the chamber music of Brahms. During the music, Kit sat a few feet away from Sheridan on his right. Her eyes never wandered from him and she always smiled sweetly as he played. Whenever we saw them in Venice, they were always walking hand-in-hand like two lovers.

I believe that Kit and Sheridan married late in life. Sheridan told me once that he was pleased when he married, because as a married man he was able to perform a service, for which only married people were eligible at the time. He was at last able to become a marriage guidance counsellor.

Sheridan told me once that there was a lot of planning before putting on each musical evening. He ensured that none of his guest musicians ever played the same piece together more than once. Also, he tried to make sure that nobody in the audience ever heard the same combinations of pieces more than once. He did this by recording who had played what and who had heard what in a set of notebooks.

Two works were played at each soirée. During the interval, everyone stood up, many relieved to get off the not always comfortable seating provided. Kit served glasses of red wine and crackers with pieces of cheese that contained cumin seeds. Every soirée, the same refreshments were provided.

A few of the musicians that I can remember hearing playing with Sheridan included the violinist Maria Lidka (1914-2013) and her son, a ‘cellist; individual players from the Amadeus Quartet; and once the pianist Louis Kentner (1905-1987). At the end of the evening when Kentner had played, Kit asked him to give me a lift part of the way back to north west London. He agreed, but as we drove together, I had a distinct feeling that this famous pianist was not at all keen about giving me a lift and said not a word to me during the short journey.

As Sheridan grew older, he became increasingly frail and began looking gaunt. During the last few concerts I attended, I noticed that he covered his hands with woollen fingerless gloves. Maybe, he had a circulation problem. Sheridan died in 1991. Kit lived on another seven years. I believe that the last time I spoke to her was just after I married in late 1993, but she showed little interest in my news.

Whereas back in the 1960s, when I used to attend the musical evenings at Lindsey House, one could walk from the street to the front door, today this is impossible without being able to unlock a gate leading into the grounds of the house. Currently owned by the National Trust and rented to tenants, Lindsey House is rarely opened to the public. Fortunately, we did once manage to attend one of these openings, but all seemed to have changed since I last listened to chamber music being played close to the river. 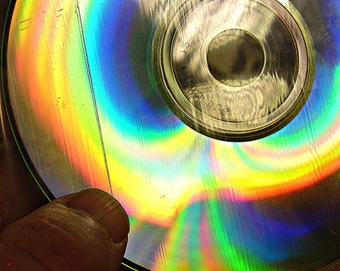 A few years before my mother died, I persuaded my parents to invest in a stereo hi-fi system. My mother would only have such a system if it looked nice. So, they settled on a Bang and Olufsen system. Unfortunately, the aesthetically pleasing speakers sounded awful and we replaced them with something less pleasing to look at but which sounded good. When CD’s (compact discs) became available, I added a CD player to the system. By then, my mother was dead and the appearance of the player no longer mattered.

After my mother died, I was living in Kent. I used to visit my father on Sundays. We used to have lunch together in various restaurants in Hampstead village in north-west London. Always, after we had eaten, we used to viit the Waterstones bookshop and the Our Price music shop nearby.  Often, I would purchase a CD to add to my father’s small collection. On one occasion, I bought a CD with some orchestral music by Beethoven.

Some weeks later, I asked my father if he had enjoyed that CD. He said:

“There is something wrong with it. There is complete silence for the first few minutes.”

I said that I would look into this. When I reached his house, our family home, I turned on the hi-fi system and inserted the problematic CD. My father was right. For the first few minutes, there was nothing to be heard.  Then, I looked at the volume adjustment slider which was marked at equally spaced intervals from 0 to 10. I discovered that my father had been using the system with the volume slider set between 0 and 1.

The first track on the CD was Beethoven’s Opus 12: Calm Sea and Prosperous Voyage. The first few minutes of this piece are very quiet, which is why setting the volume so low made it sound silent. My father’s penchant for barely audible low volume background music was the reason for doubting the integrity of the CD, which I had given him.

You can listen to the music mentioned above by clicking: H E R E 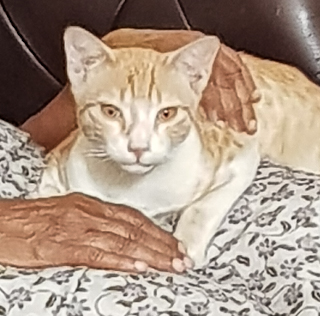 Someone, maybe it was a great composer such as Beethoven, once said:

“Forget the past, don’t be satisfied with the present, and have hope for the future.”

I don’t agree with all of this, but then I am not Beethoven. The past teaches us valuable lessons. Enjoy every moment of the present. And, look forward to the future.

By the way, does anyone know for sure whether Beethoven or another composer came up with the words I quoted?