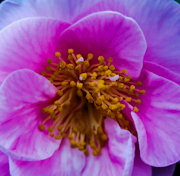 My father’s grandfather lived in Cape Town (South Africa) during the Spanish influenza pandemic at the end of the first world war.

He was terrified that he would be afflicted with the deadly illness. He had heard that applying a mustard plaster would help him avoid the disease. So, he smeared his stomach with mustard and covered it with an adhesive plaster. Then, he retired to bed.

After about three days, my great grandfather developed a high temperature. Fearing the worst, he summoned a doctor. The medic tore of the plaster to reveal the damage that the mustard was causing. It had ‘eaten’ through the skin, which was then becoming infected. The infection caused by the mustard was causing the fever, not the dreaded ‘flu.

My great grandfather survived the Spanish ‘flu. What killed him several years later was something that was supposed to protect him from illness. He died following an adverse reaction to an anti-tetanus injection.