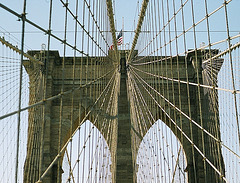 In 1992, I decided to visit New York City (‘NYC’). I had a week available and did not want to waste a minute of that precious time.

In order to make efficient use of my time in NYC, I bought several guidebooks. I spent several weeks studying them in my spare time. I wanted to make sure that I did not miss seeing anything that seemed likely to be of interest to me.

As I turned the pages of these books, something began to worry me and nearly made me want to cancel my trip. Each of the books had sections on dangers in the city including ‘mugging’. What worried me most was not that these books warned of the risks of being mugged, BUT what to do when you are mugged, rather than if you are unlucky enough to be mugged. The implication seemed to me to be that getting mugged was inevitable. That was what got me worried.

Well, I decided, if I was going to be mugged, I had better be prepared for it. Had the situation arrived, which (thank heavens) it did not, I was going to hand over my wallet politely without attempting a struggle. However, I was not prepared to hand over all my cash to any old criminal. To avoid this, I carried a useful nmber of US Dollars in my socks beneath the soles of my feet.

As it turned out, my week in NYC was not only free of unpleasant surprises but also highly enjoyable.

The streets of NYC in 1992 were far more exciting and ‘edgy’ than when I returned for another visit in 2007. Between those two visits, Manhattan seemed to have been socially ‘sanitized’. The sense of excitement and uncertainty that I felt in 1992  had been replaced by an almost dull genteelness. Manhattan had been transformed from an electrifyingly live place to something like an urban theme park. No doubt, those who live there find it an improvement over what it was back in 1992, but I was a little disappointed.