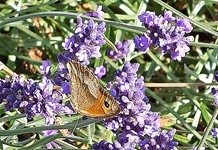 I was given my first camera, a Kodak Brownie’, when I was about 7 years old. Since that time I have owned a variety of cameras and camera ‘phones and I have taken many thousands of pictures.

In the early days, I used to have prints made from negatives. Later, I became converted to colour slide (‘diapositive’) film and produced many colour slides. With the arrival of computers and the Internet into my life, I reverted to film that produced prints and when it became available, I had digital images of my photographs put on compact discs. Nowadays, I hardly ever have prints made from my digital images.

Ever since I first began taking photos, I have enjoyed showing them to other people: relatives, friends, colleagues, and whoever else showed even the tiniest bit of interest. However, when you present people with an album full of photographs or arrange a slide projection session, most folk begin to lose interest fairly fast. Many of them have agreed to look at someone’s pictures mainly out of politeness, rather than genuine interest.

All of that has changed with the advent of social media and Internet sites for displaying photographs. People need only look at pictures when they are interested and for as long as they want without risking offence to the photographer. Often, if they want to, viewers can express their approval and/or make comments. What is more, the viewers need no longer be confined to the friends and acquaintances of the creator of the images. It is possible to make images available to everyone, who uses the Internet. Some may not be happy with that, but I am. My desire to ‘show off’ my pictures to as many people as possible has been fulfilled!

I find that apart from sites like Facebook, the website ipernity.com is a superb place to post pictures. Other users of the site are often both appreciative and helpful with their comments and suggestions. My Ipernity page is http://www.ipernity.com/home/adam