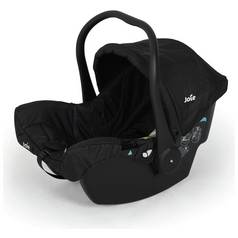 Young parents sometimes ask my wife and I when it is safe to take their baby abroad for the first time. Why they ask us is a mystery. We are not experts on child care. Our experiences in this field are confined to our only child, our daughter.

We first took our daughter abroad when she was six weeks old. We went on a driving trip from London to Belgium and Holland. After about an hour driving through northern France, our daughter began crying plaintively and continuously. We stopped, removed her from the baby seat, fed her some milk, and that brought the complaints to an abrupt end. At that stop, both my wife and I had separately thought that  we were not too far from home to turn back and abandon our trip. Neither of us expressed this thought verbally when we stopped, but later we discovered that we had had the same idea.

Several hours later, we arrived at our destination, Damme, which is close to Brugge (Bruges). After settling in the hotel, we  found a restaurant nearby. It was Saturday night. The restaurant occupied a long room. There were tables on both sides of a corridor that ran the length of the room. Most of them were occupied by frumpy-looking, late middle-aged, middle class Belgian couples, none of whom seemed to be having fun.

Soon after we settled at our table, our daughter began crying. She was hungry and my wife wanted to breast-feed her. She asked the head waiter whether there ws somewhere secluded that she could breast-feed. The waiter pointed to a back room. When my wife stood up, the hitherto silent and rather glum Belgian diners became animated. They told us that they did not want the baby to leave them. From that moment onwards, all of the diners cheered up and became lively, firing us with questions and advice about our tiny daughter. It seemed that our arrival was the best thing that had happened to them for many a year.

A few months later, we took our child to India, and that was also a successful trip. So, if you are crazy enough to ask my advice (based on a sample of only one) about travelling with a baby, my answer would be “go for it.”

2 thoughts on “With a baby in Belgium”