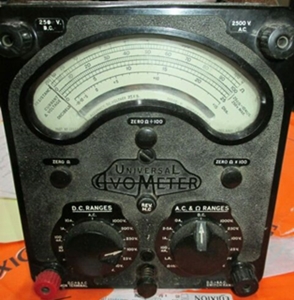 What sparks off an enduring interest in something? I do not know the answer, but let me describe how just one of my interests became ignited.

When I entered Highgate School in north London at the age of 13 years, we were obliged to study both physics and chemistry. The classes for these subjects were held in large laboratories whose walls were lined with locked glass-fronted cupboards filled with a wide variety of scientific equipment and, in the case of the chemistry labs, jars of chemicals in a variety of colours.

At the age of about 15, that was in the late 1960s, we had to make decisions about the nature of our future studies. If you wanted to study science, you kept on classes in chemistry and physics and dropped geography and history. For a course in the arts, you kept on classes in geography and history and dropped the two science subjects. I decided on science. You may wonder why.

It was only the desire to find out more about the stuff locked in the glass-fronted cupboards that made me choose the science course. It was as simple as that! I enjoyed studying scientific subjects and continued to do so until I had completed a doctorate in one of them (mammalian physiology).

Many decades later, I revisited Highgate School and was taken on a tour of its buildings including the Science Block. I noticed that the cupboards in the chemistry and physics laboratories had been replaced. Gone were the glass-fronted cabinets. They had been replaced by cupboards with opaque doors. The contents of these wall mounted cabinets could not be seen without opening their locked doors.

I wondered whether I would have chosen to study the science subjects had I been taught in the newer laboratories where everything was hidden from view.

2 thoughts on “Behind closed doors”