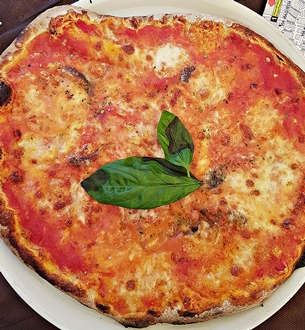 Until I was  16 years old, I always went on holidays with my parents. Every year, we visited Florence and Venice in Italy. When I was 16, I decided that I would try touring on my own.  After spending some time with my folks in Florence, I set off alone on a tour of my own planning: Volterra, Grossetto, Orvieto,  and Cortona, hoping to visit some Etruscan remains on the way.

All went well except for one thing. In those days, I was extremely shy and unable to strike up a conversation with strangers. As the days passed, I travelled through Italy becoming increasingly lonely. I spoke to no one, and, unusually for Italy, nobody spoke to me. I would get very hungry, but often felt unable to step into any eatery. I would wander around feeling a bit hypoglycaemic yet unwilling to risk entering a restaurant or bar.

When I reached Orvieto, I stayed in a hotel that was close to a church whose bells struck throughout the night. One lunch time when I was wandering pathetically from one eating place to the next, I passed a place selling pieces of pizza. I was overcome by the delicious smell of freshly baked pizza. I bought a piece and loved it. This was the first time that I had ever eaten pizza. Being unadventurous in my food choices, such as I was as a teenager, but no more, I had always avoided pizza. However, when I tasted it in Orvieto, it was love at first bite.

I still enjoy eating pizza occasionally, but now I am not shy about entering the first place selling food as soon as I feel hungry.

2 thoughts on “Love at first bite”